Villagers along the pilgrimage route to the Marian shrine in Marija Bistrica in Hrvatsko zagorje in northern Croatia (the villages of Bistrički Laz, Stubički Laz, Gornja Stubica, Tugonica, Turnišće and Marija Bistrica) developed a technique for traditional manufacturing of children’s wooden toys that has now been handed down for generations. The men in a family take soft willow, lime, beech and maple wood from the region and dry, hew, cut and carve it using traditional tools; the women then apply ecologically-friendly paint in improvisational floral or geometric patterns, painting ‘from imagination’.

The whistles, horses, cars, tiny furniture, spinning dancers, jumping horses and flapping birds produced today are almost identical to those made more than a century ago – though no two toys are precisely the same, thanks to the handcrafted production process. Popular among both locals and tourists, these toys are sold in parish fairs, markets and specialty shops around the world. They have also evolved with the times and, in addition to the traditional shapes such as horses and carts, new ones representing cars, trucks, airplanes and trains have appeared, reflecting the world surrounding modern-day children. Tiny toy instruments, carefully tuned as they are created, still serve as important components in the musical education of rural children. 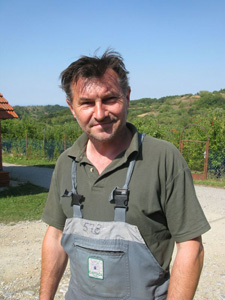 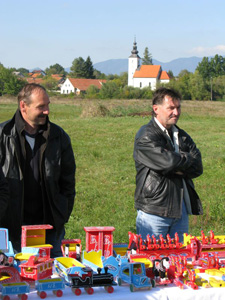